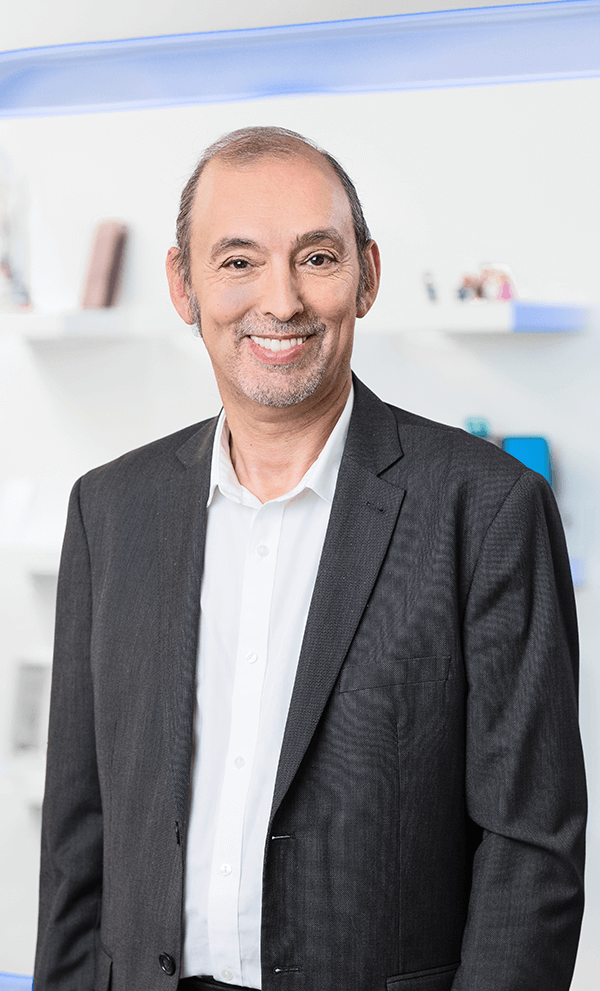 Alain Falc, an engineering graduate (ISEN 1981), founded Bigben Interactive in 1981 when he finished his studies and rapidly acquired industrial and commercial know-how in watches and other promotional electronic products. In 1993, he moved into the budding video games sector. By 1999, when it was floated on the stock exchange, Bigben Interactive was one of the leading designers and manufacturers of accessories for third-party video games consoles (i.e. not made by the console manufacturers) in France. After its IPO, Bigben Interactive continued to expand internationally, with operations in Benelux, the United Kingdom, Germany, Hong Kong, Spain and Italy. Having gradually built up the video games publishing business over the following decade, in 2011 Alain Falc acquired the smartphone accessories design and distribution business of ModeLabs, the French leader in smartphone accessories, which became Bigben Connected in May 2013.

He then took the Bigben Group in another strategic direction in 2018-2019 through the acquisition of interests in five development studios. In 2019, he successfully led the creation of NACON, the Bigben Group’s integrated Gaming division.